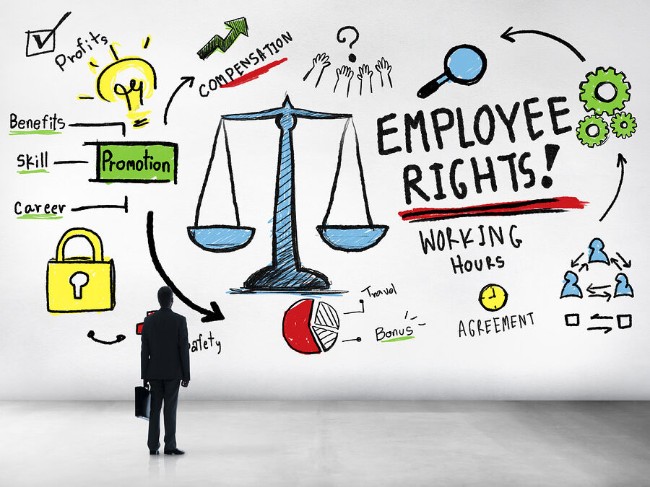 As China’s economy slows down after decades of breakneck growth and enters a new era of industrial upgrading, mass lays-offs are becoming more common, bringing with them risks of lawsuits for both domestic and foreign companies. Dragonfly Group advocates carrying out regular HR audits in order for companies to remain fully compliant with Chinese labour law, to reduce the risk of costly litigation.

The national statistics released by China’s Supreme People’s Court (SPC) revealed a sharp increase in labour disputes: in 2015, 483,311 disputes arising from employment relationships were accepted by courts, representing a 25 increase compared to 2014. Suing an employer has become more socially acceptable and the attitude towards litigation has changed.

Before the adoption of the PRC Labour Contract Law, which came into effect on January 1, 2008, it was not an obligation for employers to provide employees with a written contract, and employees were unable to file lawsuits directly against their employers. The striking evolution of the Labour Law in favour of employee protection has led to an increased awareness among employees of their rights and how they can be enforced.

The Chinese Government is also encouraging a more protective approach towards employees, and HR is becoming a major concern in China. In this context, compliance with HR regulations is a must if companies are to avoid any risk of a lawsuit.

The HR challenges that foreign companies are facing while doing business in China can be divided into three main areas: legal, cultural and strategic.

Chinese labour law complicates HR issues due to its constantly evolving nature, with new rules and regulations being frequently enacted. Therefore, it is crucial to be attentive to any changes. Another reason why the HR regulations are sometimes difficult to understand and to apply within foreign companies stems from the different interpretations of how the law is applied at the provincial level – for instance, wage contributions and severance payment ratios vary from one province to another.

Chinese labour law also provides some particularities regarding industrial relations. Employers are not able to prevent employees from forming unions, and Chinese employees are becoming increasingly used to uniting together to take advantage of this provision of the law. According to official government statistics, 80 per cent of all foreign firms in China were unionised by the end of 2008.

Fluently navigating the local culture is key to successfully engaging team members. This can be illustrated by the following examples.

HR departments have three main missions. Recruitment of the right talent is one of them. A major challenge in China is finding employees that are considered innovative from a ‘Western perspective’ – Chinese students are taught by top-down methods, which tends to hinder the development of a creative-thinking-and-feedback culture.

Working with legal and professional recruiters that hold a Chinese recruitment license can help since they possess a strong knowledge of the talent market and protect their clients from the risks they face when working with non-licensed recruiters.

China is still lacking talent with adequate international and domestic experience in the areas of marketing, sales, technology, HR and management, and the competition for talent from local companies is resulting in increased compensation demands.

HR departments are also challenged with the retention of talent through engagement. Employees who change jobs are mostly attracted by better compensation packages, better career development and learning opportunities. Creating a people-centric, corporate culture and developing leaders that can have a positive impact on their teams is therefore crucial.

Chinese labour law restricts companies’ ability to impose disciplinary action against their employees. Salary reductions or demotions are not permitted without employees’ consent.

Moreover, except in cases of very serious violations, if an employee is found guilty of misconduct, the company will first have to issue a warning letter, immediate dismissal carries significant risks in China. The employee may challenge the dismissal before a labour arbitration commission or court, with the company then having to provide a lot of strong evidence to justify the dismissal. If the company fails, it could lead to the reintegration of the employee to his/her original position.

The burden of proof being on the employer is another illustration of this uneven dynamic – the employee’s allegations are irrefutable, without him/her having to prove it.

With new mass layoffs being announced in China, mainly in the manufacturing sector, it is important for business managers to be careful of the fragility of these proceedings. Especially since the Chinese Government influences the process of termination through its regulations. HR managers that don’t follow the rules are taking risks, which can lead to costly problems, such as labour disputes and a lack of cooperation from government officials.

Moreover, in January 2017, a new law came into force, instituting a ‘name and shame’ approach. This system will lead to public disclosure of the companies that fail to comply with the regulations and those that are found to have committed a serious breach of the law.

Labour disputes can be very costly in terms of both money and reputation. It is regrettable that they often result from a lack of HR oversight. Therefore, labour disputes could in large part be avoided by appropriate HR monitoring.

HR professionals need to play the role of watchdog, keeping themselves cognisant of the most recent regulations and the internal requirements of the Chinese labour law.

The Employee Handbook should be regularly reviewed and updated as it represents a supplemental layer of protection for the company. If an employment contract contains provisions about working hours, wages, mission and responsibilities, the employee handbook develops other subjects not always covered by the employment contract (overtime rules, performance standards as well as the company code of conduct).

If an employee commits a breach of the company code of conduct, gets fired and then files a lawsuit against his former employer, it then becomes easier to demonstrate that the employee breached a company rule, since the burden of proof is on the employer. The employee handbook must be bilingual and proper communication must accompany any changes.

HR practitioners should also consider conducting a full HR audit after any crucial changes to HR law. Such audits can reveal inconsistencies and determine whether a company may actually face any legal risks. Thus, this is a healthy mechanism to diagnose and prevent any risks, all the more since the ‘name and shame’ law came into being in 2017.

n the wake of financial audits, a HR audit is an independent and objective evaluation of the current state of a company’s HR policies, practices, documentation, and processes. It can alert a company about hidden HR issues concerning sensitive subjects such as monthly payroll, proper employment documentation and valid work permits. Although it can be can be conducted in-house, it should preferably be carried out by a qualified independent and objective third-party.

This mechanism should be widespread to encourage good practices in HR compliance.