Who gets into the C-Suite?

By Guy Vereecke, AHEAD (Belgium) 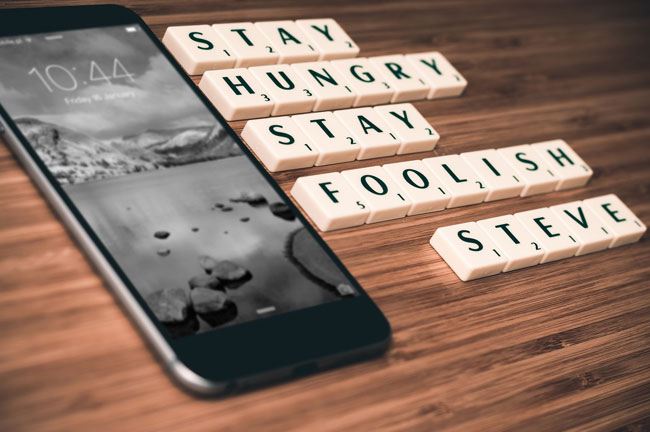 You can fill a library with books and articles which give you advice on how to become successful in the corporate world. Indeed, the proverb ‘success breeds success’ is definitely true for successful CEOs. Various media adore to scrutinize their habits, their diets and the lessons to be learned from their good and bad decisions. The advice distillated from these articles and books is often anecdotal, based on observation and experience … but not transferable.

But what could we learn if we focus on objective measurements of what makes a leader a leader? Chicago Booth’s Steve Kaplan and Copenhagen Business School’s Morten Sorensen reviewed more than 2,600 detailed profiles of candidates for CEO, CFO, COO and other top positions. From those, they developed a list of skills – four crucial factors – that they say statistically determine who will become a CEO.

They based their analysis on the interview reports of ghSMART, a firm specialized in assessing top executives. In the detailed assessment, the interviewer, a ghSMART consultant, asks for specific examples of the candidate’s actions and behaviors starting with childhood and continuing through the candidate’s education and career. What are the two or three accomplishments in high school that they are most proud of? What was their class rank? What mistakes did they make in a particular job and what would they do differently next time? Because the interview is so comprehensive (it takes often four hours), it’s difficult for candidates to lie.

After the session, the interviewer creates a 20 to 40 page report evaluating 30 characteristics that range from ‘hires A-players’ and ‘develops people to (demonstrates) brainpower, persuasion’ and ‘attention to detail’.

To see if these four factors could predict who later became a CEO or another member of the C-suite, the researchers reviewed the different careers using public sources such as LinkedIn.

The Four Factors
The initial study found that CEO characteristics are best explained by overall talent and execution skills. The second data set identified the importance of charisma and a mixture of creativity and strategy.

1.   General ability
The factor that explains the most information (58%) in the 30 traits assessed(1) is general ability.
To achieve a spot in the C-suite, it helps to do a lot of things well. If you have high standards, honor your commitments, work effectively, have a large network and are aggressive, fast, and proactive, that’s all good. Being proactive is the trait that makes the largest contribution to general ability.

2.   Execution(2)
According to the ghSMART interview guidelines, CEO candidates should set goals for their teams, follow up to review progress toward those goals and hold people accountable for shortfalls. Those who remove underperformers do so within six months, through coaching out, redeployment elsewhere in the organization or termination.

There seems to be an important trade-off: the researchers found that the execution and interpersonal skills are negatively correlated. More specifically, those who are strong in execution score low in the ghSMART assessments in categories such as treating people with respect, being open to criticism, listening and working in a team. Consistent with this, executives who scored higher on execution also were less likely to be considered a nice person by the research assistants who coded the assessments.

Kaplan says: ‘There may be some tendency, if you want to get things done, you have to step on some toes, fire people and be tough from time to time … If you’re a saint, you’re probably not going to become CEO.’

3.   Charisma(3)
Charismatic executives are likely to be classified as more extroverted and better at sales, according to Kaplan and Sorensen. Analytical skills and attention to detail may seem admirable on their own but make a person less likely to become a CEO. They might make you a better bureaucrat, administrator or careful middle manager but are rarely the skills that will propel you to the CEO-job.

4.   Creativity/Strategy(4)
The fourth factor is twofold: creativity and strategy. Strategy relates to being able to see and communicate the big picture to others in an inspiring way. Creativity is measured by an ability to generate new and innovative approaches to problems.
Candidates with high scores on this factor tended to score lower in attention to detail and organization. People who scored especially high in charisma also scored lower on those two traits.

Whether or not the four factors fit the popular perception of an executive, the researchers find most C-suite members embody the characteristics associated with them, to varying degrees. CEOs tended to be strongest in all four areas. CFOs displayed less charisma and less strategic or creative skill. COOs showed more charisma than CFOs but were weaker in strategy and creativity.

Kaplan and Sorensen’s research addresses the traits exhibited by people who get to the C-suite and their earlier research suggests that talent and execution – not humility or interpersonal skills – are important once on the job.
The findings do seem to be in line with advice by the late management guru Peter F. Drucker. According to Drucker, successful business leaders manage their time well, choose what to contribute to their organizations, know when and where to mobilize their strengths for the greatest effect, set the right priorities and make effective decisions. All of these traits, Kaplan notes, relate to execution.

Stanford’s Jeffrey Pfeffer, another authority on CEO behavior, seems to align with the study data. Pfeffer asserts that a focus on soft skills undermines business performance. He states: ‘One of the qualities I would look for in an aspiring leader is if the individual is psychologically tough enough to handle not being liked and the responsibilities that come with power.’
Kaplan and Sorensen asked research assistants to evaluate the candidates based only on the qualitative descriptions of their behavior. Overall, the results line up, CEO candidates who are perceived as greater risk takers score significantly higher on Kaplan and Sorensen’s four factors.

For CEOs, aspiring CEOs or corporate board members responsible for hiring decisions, data about leadership provide something novel to consider. The data-driven findings suggest that execution skills are an important way that CEOs set themselves apart from the pack. ‘It seems plausible that executives can improve execution skills – being more persistent, efficient and proactive,’ Kaplan and Sorensen write.

(3) Charisma is the factor with a positive correlation with: enthusiastic, persuasive, aggressive, proactive, fast and oral Communication.
Candidates who have charisma, often lack: analytical skills, attention to detail, organized, brainpower.