Something Every Leader (and parent) Should Know

By Guy Vereecke, AHEAD (Belgium) 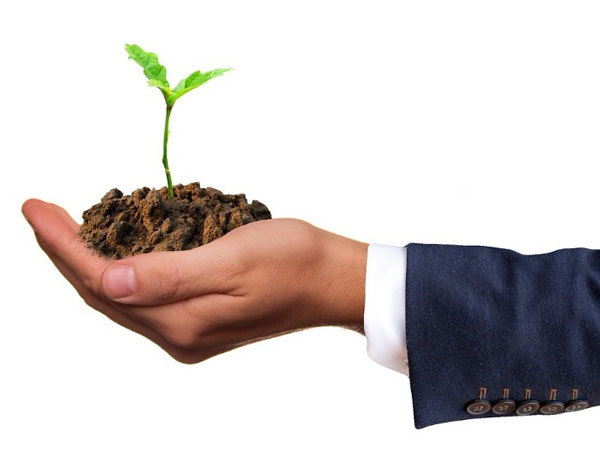 When you look in organizations you always find employees who are immensely motivated and eager to learn and others who lack drive and above all who want to stick with what they know.  They differ not just in terms of their motivation and commitment, but also in their degree of resilience and the way they deal with their own successes and failures.  What could be the underlying reason?
Carol Dweck, a professor of psychology at Stanford University, says that these differences all come down to a single character trait.  People who believe that you can learn your skills and talents to a great extent – or with other words, who have the power of believing that they can improve – have what she called a “growth mindset”.  However, those who assume their abilities are innate will not invest in further development.  These people have a “static mindset”. 1

Professor Dweck’s research shows that your mindset has a particular big impact on how you react to success and failure and how you will behave as a consequence.

People with a growth mindset, see challenges and obstacles as a way to develop further.  They are more inclined to take calculated risks and will often opt for an innovative approach.  They do not see success as a given and know that it is important to keep on going after a setback. They embrace all the things that have felt threatening: challenge, struggle, criticism and setbacks.

However, people with a static mindset, will consider intelligence and talents as fixed, they will tend to put the emphasis on their positive qualities and avoid all confrontation with problems so that they do not risk to make a fool of themselves.  Even those who are very talented, will not show much extra commitment and perseverance.  Moreover, people with a static mindset are often afraid of criticism, which means they perform below their own abilities.

So the crucial question is: is that mindset itself fixed? Carol Dweck’s research has clearly showed that it isn’t, you can develop your growth mindset and even more important leaders can play a major role in this.

Mindset reveals how great parents, teachers, managers and athletes can put this idea to use to foster outstanding accomplishment.

When you encourage your employees to take on new challenges and to think out-of-the-box you stimulate their growth mindset.  The result will not only be some innovative ideas but also a workforce with more potential.

It is also important to change your definition of success.  Stop judging a project by the result: start evaluating the process as well.  It is known that taking risks and thinking up creative solutions regularly lead to failure, more so than the risk-free behaviour of someone with a static mindset… but if an employee has experienced a growth curve during the project, that is a far more important factor for success than the final result alone.  Carol Dweck compares it to evaluating children’s school assignments.  As an alternative to saying “Nice work, you’re great!”, she suggests saying: “I can see that you have worked hard on that, so I’m proud of you!”.  It’s a fine nuance that demonstrates and encourages a major difference in mentality.  If parents want to give their children a gift, the best thing they can do is to teach their children to love challenges, be intrigued by mistakes, enjoy effort and keep on learning.

This attitude also goes far further than the pure individual.  When more and more people within one company adopt a growth mentality, the company can evolve in that direction over time.  This process is usually initiated by senior management.

Microsoft is a great example of this.  Until recently, experts in the innovation space were using Microsoft as a case study for failing to innovate.

They showed how Microsoft has “missed the boat” on several important technological trends, including losing search to Google, smartphones to Apple, operating systems and Office to Web 2.0 applications and apps to both Apple and Google.

And to a degree, they had a point.  Since Bill Gates handed over the reins of CEO to Steve Ballmer, an Operations-focused Executive, Microsoft had managed to significantly grow its reach, revenue and profitability of its core Windows, Office and Server products.  But this focus on current product optimisation and sales came at the expense of looking at future strategy, which is where Microsoft missed all the opportunities mentioned above.  In fact, Stanford University professor Steve Blank has shown that quite often, when visionary company founders finally step down, they are often succeeded by more operations-focused executives to help build more stable growth for the company, but this often leads to decreasing rates of innovation and ultimately stagnation of product lines.

Then in early 2014, Ballmer passed the CEO torch on to Satya Nadella, who was much more aware of the need to stay innovative.  And to say that he has managed to restore the innovation momentum at the company would be an understatement.

Within months, Nadella had completely changed Microsoft’s core ethos and business model, going from product-centric to being service-centric.  Within a year, he released innovative new hardware concepts to the world like Surface tablets and HoloLens. “It’s fascinating how we (always) think that burning ambition early on is what drives you,” Nadella said. “I think what I had though, was some curiosity and that’s what sustained me in the long run.
Another culture shift he’s focused on is to change Microsoft from “know-it-all” to a “learn-it-all” company, as he puts it.  He observed that when a company has enjoyed great success and invented many crucial concepts, it has a temptation to believe it has mastered everything.  That temptation needs to be resisted. According to Nadella, the idea for the culture change was inspired by Stanford psychologist Carol Dweck’s work on the growth mindset.  He explained that if, for example, there are two students and one has less innate capability, the less skilled individual nevertheless may be able to achieve more by having a “learn-it-all” mentality. “That applies to CEOs and companies (too),” said Nadella. “I think it has been a helpful cultural metaphor for us.” 2

Companies with a growth mindset make an effort to discover potential in a far larger number of employees.  That is how talent develops optimally, which is something that also benefits the growth-oriented employees.  They often find themselves eligible for a management position earlier than they otherwise would.  Furthermore, it has been proven that employees at companies with a growth mindset are happier and also identify with the company far more.

So, as a leader, be sure not to hide behind the static mindset your company might have or behind your safe position as a leader.  It is important to spread the insights about mindset at every level of the company and to all employees, to create awareness of the potential of a growth mindset.  As a leader you need to take the lead in evolving towards such a mindset, first for yourself and your direct team.  Hopefully you will see a change of mentality happen which will be infectious across the company.

[1] Based on the article of Katleen De Stobbeleir, Why leaders should stimulate a growth mindset- Vlerick Business School. https://www.vlerick.com/en/about-vlerick/news/why-leaders-should-stimulate-a-growth-mindset?utm_source=flashfebruary20180227.
[2] Nadella recently spoke at Wharton to discuss his new book: ‘Hit Refresh: The Quest to Rediscover Microsoft’s Soul and Imagine a Better Future fo Everyone.’ In an interview with Wharton management professor Adam Grant.  February 22, 2018, knowledge.wharton.upenn.edu